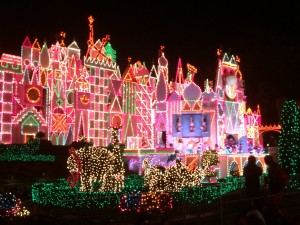 As you now know, I’m mom to Aspies. And, if you happened to read my last post, you’ll know that this momming of Aspies can be socially isolating. Add that social isolation to an already-existing case of social anxiety, and life can be pretty damned miserable.

At the time of this writing, my guys are 10 and 16. Five years ago, something changed my life, because something had to. I knew at that point in their lives (5 and 11) that if I didn’t do something to make myself happier, something to wage war on my social anxiety and depression, I’d be setting them up for a life of the same, by example. I needed to show them that you can – and should – fight like hell to get what you need emotionally. I was isolated, and I was depressed, I was crying and confining myself to the sofa almost daily. When I believed people were tired of me calling them in tears to ask for support, I’d call suicide hotline just to have someone listen to me and understand. I had already tried a pharmacy of antidepressants – some of which induced terrifying break-down episodes, and some of which I believe nearly killed me. And I will never take them again. But that’s another post.

I’d been a SAHM (stay at home mom) for 11 years, even though I could have logistically worked (Vin would have adjusted his schedule for it) had I not been t-boned by social anxiety. Since I live near enough to The Happiest Place on Earth, I applied. I had that idea in my head that working there would be cake. How hard could it be to work at a joyous place full of kids?

I waited four months (which is typical) for them to call me, which they did. And I faked brave through the interview even though I was utterly terrified of them actually considering hiring me.

And it was terrifying.

How terrifying, you ask? Well, honestly, at first, not so bad. Because they have you do this thing called Traditions which is a class you and all the other new hires and re-hires have to take before starting an actual job there. And Traditions is fun. They show you films about Disneyland history. They give you pop quizzes. They give you your official ID, and that ID feels like it’s made of gold, because it’s your virtual key to the Magic Kingdom. You’re a Cast Member! You feel wanted, and you feel like you’re part of something bigger than life. And you are! And that’s magical.

And then they make you work. And you didn’t realize when you applied that you’re not going to be playing all day, as is the common misconception (I can’t count how many times guests told me they thought about applying because they wanted to have a dream job that was nothing but fun all day). If you have crippling social anxiety? Murphy’s Law nearly guarantees that they’re not giving you a job where you can hide out and make magic from backstage. Nope, they throw you out there with tens of thousands of guests on Day 1. I mean, of course they train you, but only enough to make sure you’re sufficient at the job they train you for, and then they let you spread your wings and scatter pixie dust. Or, in my case? Stand there with deer-in-the-headlights-face and try not to cry or do anything wrong.

Though I was terrified, I didn’t even consider quitting. Appreciation freebies for Cast Members were pretty good incentive to stick it out to see what else they’d throw my way. Shortly after I was hired, they gave all Cast Members a Blu-Ray/DVD of Toy Story 3, and I can tell you that it’s not only the freebies that feel great, but it’s also the feeling of inclusion, the warm fuzzies you feel when the company says, “Hey, thanks for making the magic”.

Now where was I? Oh yeah, the anxiety. I was riding it out, but it was HORRIBLE. Knowing I had to work with tens of thousands of people each workday, I’d go to bed at night and have anxiety in my sleep. I’d wake up several times each night with my heart racing, pounding, and I was sure I was having mini heart attacks. I ended up in the emergency room a couple of times because of this, and they assured me I was not having heart attacks, only massive anxiety attacks. I was sure they were wrong, but I figured if I died in the middle of the night then I wouldn’t have to worry about it anymore.

I was also throwing up. I couldn’t brush my teeth before work without gagging and vomiting into the sink. It felt like my insides were liquid. Burning, churning, volcanic demon liquid that needed to be exorcised. And exorcise I did. I lost 40 pounds within the first six months of that job.

After a few months, past my probationary period, I made the decision to transfer departments. Up until then I had been working in one of the busiest areas of the park, one of the largest departments, and I wanted to try something slower-paced, smaller. And I did. And guess what? I was bored. I was “homesick” for my previous department. When I went on break in my previous department, it was practically a party backstage in our break area, simply because our department was so big, and so close to other large departments. There were always other CM’s to talk to, to joke with, to commiserate with. In my new department, when you went on break, there was no one. It was… get this… isolated. Thankfully, they give you thirty days to test your new department out and decide whether or not you like it. I went running back to my previous department. And I felt relief. And I realized…

I wasn’t throwing up anymore.

I had spent enough time there and had enough social practice that I was becoming a bit of a social butterfly. I had made lifelong friends in that department. We were all in this together. And though I didn’t have what you would call a traditional social life – because when you have little seniority at the Happiest Place you work all sorts of weird days and hours – work became my social life. When you work there, the people you work with become your extended family. They have your back. They laugh with you, and cry with you, and everything in between. And then, when you work there long enough to gain some seniority? You start getting the good days off, and the people you’ve grown close to start getting the good days off. And do you know what you all do together when you get the good days off?

You go to Disneyland (and Disney California Adventure)! Because you can. Almost any time you want to. Pretty good perk, eh?

I’ll be forever grateful to Disney for allowing me to work there, and for working with me when I was terrified. It felt like Terror Bootcamp, for awhile, but they helped me work through it, made me work through it. And now I feel like I can do anything. I can go anywhere, and I can talk to anyone, and I can use the magic skills I learned there to put on some charm and make a friend out of almost anyone.

I no longer work there. I had the idea to transfer departments again, and although I liked my new department and the people in it, I was again low on the totem pole regarding seniority. I didn’t realize just how many hours I would be working, and that graveyard shifts would be so hard on my mind and body. It began to affect my family in not-great ways, and I was past my thirty days, so I put in my two weeks.

And it broke my heart. And I’m slipping into social isolation again. And I’m thinking about going back, if they’ll have me.

The anxiety? I kicked its fat butt. It’s entirely possible to do so. If you struggle with social anxiety, please don’t isolate. Own it, and force yourself to do the things that terrify you until you’re no longer having heart attacks and throwing up in your sink.

Be brave, and have a magical day.